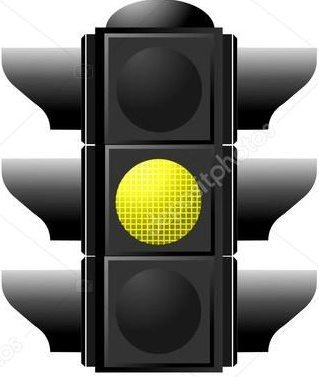 You’d think a show about a young just-married man who is seeing his secret gay ex on the side would at least find some time to explore the question of sexual orientation and what denying one’s truth can lead to. However, The Things I Could Never Tell Stephen, in PrideArts’ American premiere of this revue-style musical by Aussie Jye Bryant, never really brings up the matter at all. Bryant’s script makes it impossible to delve into such things, as this musical is all about missed opportunities to communicate, intentional self-delusion, and a guy named Stephen whose selfishness is so severe that he even denies us his presence. I’m kidding, to an extent: the gimmick here is that he never appears in the play; we learn about him through the songs sung by his mother, father, wife, and the aforementioned gay ex. It’s an unfortunately self-limiting construct: we never quite figure out why any of these people feel anything for a man who is so uncommunicative that he actually leaves all of them expecting him for dinner on his birthday…for which they instantly forgive him. The one thing we can say with certainty about Stephen is that he clearly has enough personality to keep everyone around him fooled into believing him to be a good guy.

His wife, played by Elissa Newcorn, is a college student who apparently has fallen for a charismatic liar. In another version of this story, we might think of her as his “beard,” but that would belie the fact that he is not exactly forthcoming with his boyfriend either (though he does seem to choose, more often than not, to spend his time having “sex with an ex,” as one song has it). Newcorn’s wife, far from the aggressive and destructive force that her mother-in-law accuses her of being, is a sweet young woman in love. In one song and scene after another, she expresses how deeply she feels about Stephen…and how she wishes he wouldn’t “work late” so very often. Once his duplicity has become clear—because he suddenly leaves her—Bryant does give her a fun song in which she imagines all sorts of ways to kill him, and Newcorn proves that, like Leigh, she can deliver on an over-the-top comic song.

Perhaps some of Stephen’s behavior might be understandable if his problem were that he secretly loves someone else, but his ex (Nate Hall) is basically little more than a f*** buddy. Although Hall’s performance leaves no doubt that his character desperately wants to matter more to his old flame, eventually he too realizes that he is being used. Along the way, Hall has great fun playing with gay stereotypes in costuming (leather, short shorts, etc.) and actions (he manages to show us lots of things about gay sex while alone on a bed), but the ex only becomes a fully realized character when he finally shucks the stereotypes and recognizes that he deserves better than what he is getting.

The one wholly serious character is the father (Carl Herzog). Through a series of scenes in which he is at his therapist’s office (like Stephen, the therapist is only suggested, not portrayed), we learn that the father has learned from his father, who learned from his, not to show or share emotions with his son. A deeply plaintive song early on bemoans the fact that he can’t say “three little words” to his boy…and never heard them from his father either. Probably because he is the only one whose songs are really heartfelt and introspective—and not as much about Stephen—the father is the lone character who doesn’t really seem deluded. On the other hand, a late plot twist about him feels completely unmotivated and unnecessary.

The accolades that this play accrued in productions in Sydney probably made it seem perfect to new PrideArts Artistic Director Jay Españo (who also directs) to christen both a newly renovated space and a return to live theatre. Though the space is changed for the better—new flexible seating, better lighting and sound systems, less cluttered lobby furnishings, etc.—the play falls short. Bryant’s very conceit lets him down here: though he clearly wants to create something that comments on the myriad ways we fail to see each other as well as the important secrets we keep (and maybe even the way we often take the easy way out of turmoil with booze), the play’s structure is numbing. It’s basically a series of short songs rotating among the four visible characters. Worse, none of the songs is particularly memorable, and many of them seem repetitive or redundant even in a show that only lasts 75 minutes. Set Designer Foiles (one name only) does the show no favors, either, with a set cobbled together in a seemingly random mixture of nice pieces (the wife’s daybed is lovely) and rummage sale rejects (the mother’s kitchen has no style or motif to hold it together, and I don’t believe for a second that this woman would have dining stools that look as if they fell off of the space station). The set decoration, too, feels like it was formed with whatever leftovers they had lying around in their basement. Foiles’ website includes a portfolio of very creative and impressive sets, but this one is not at all up to their standards. Money may have been an issue, but it would have been far better to go minimalist than to leave the show with the sloppy, lazy design we have here. And don’t even get me started about the weird and totally unnecessary projections. Robert Ollis’ music direction fares much better, as do Kentrell (Trey) Brazeal’s lighting and Isaac Jay Pineda’s costumes…though I wish the ex’s designs had been less campy.

It may well be worth seeing this show for the great performances alone (especially Leigh’s) despite its issues. It runs through Sept 19, and tickets are available at PrideArts.