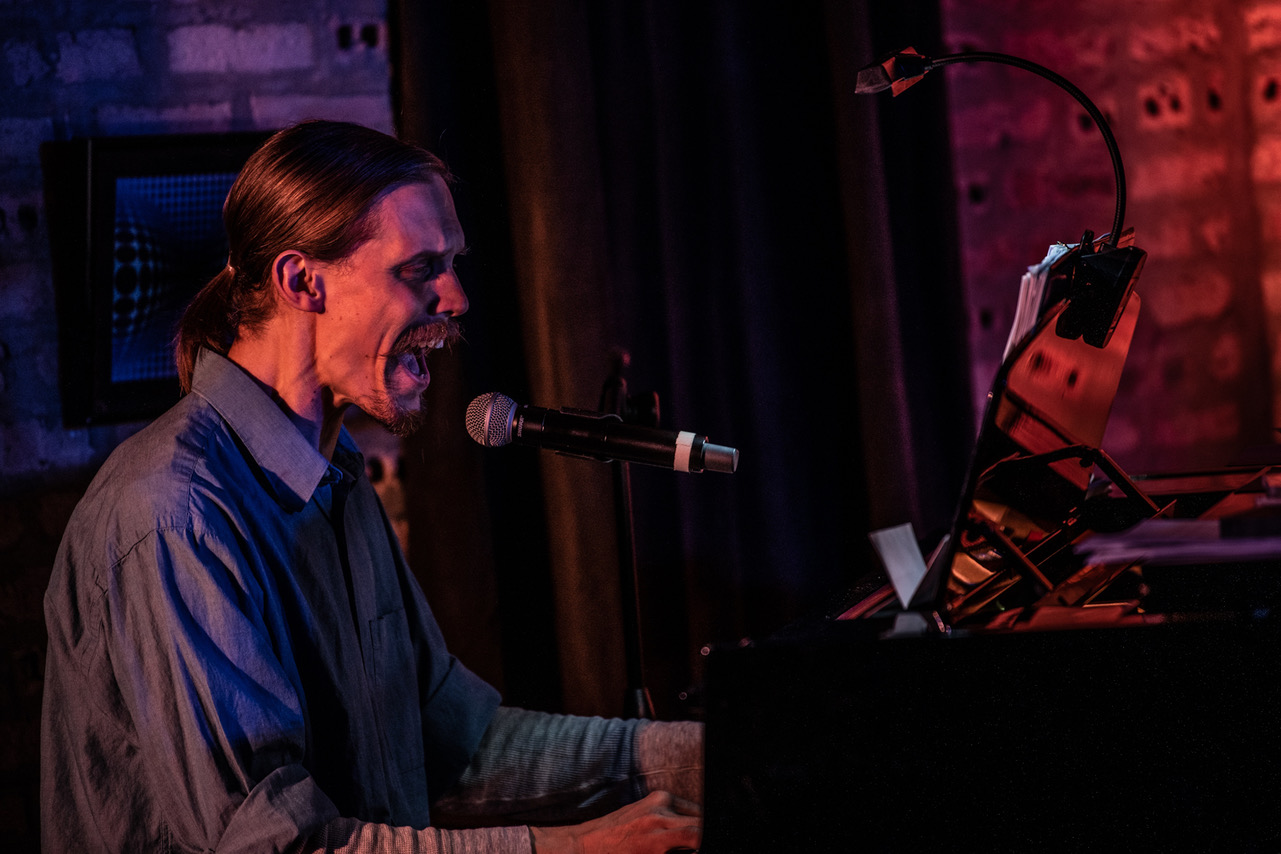 It’s been such a long time since the height of the AIDS crisis in America that people might be forgiven for failing to realize that the problem is still with us. To be sure it is not as prevalent as it was during the epidemic of the 80s and 90s, but still nearly 40,000 Americans were diagnosed with HIV in 2015 and well over 1.2 million are currently living with the virus. So, no, it isn’t history; although it is no longer the automatic death sentence it once was, it’s still a huge problem. Refuge Theatre Project Artistic Director Christopher Pazdernik (himself one of the 1.2 million) is bringing the issue of HIV/AIDS back to the forefront with his new production of The Last Session, a musical from 1997 about a singer-songwriter who is sick of putting himself and his loved ones through the torment of AIDS-related diseases and decides that, after one final recording session, he’s going to end his own life.

You’d think that, with a narrative like that, this would be a sad or dark play, but though it has its sad moments it is, if anything, hopeful and even very funny. The songs (all written by Steve Schalchlin, a real-life AIDS sufferer whose lover, Jim Brochu, wrote the book) do indeed deal with the harshness of what people with the disease went through in the 90s, and some of them are about the apparent hopelessness of the diagnosis. Ultimately, though, the musical is a reminder that we are all connected in lots of ways.

The singer-songwriter, Gideon (Erik Pearson), begins the evening with an imagined account of his own funeral (“Save Me a Seat”) before his backup singers for the session, longtime friend Tryshia (Darilyn Burtley) and ex-wife Vicki (Elizabeth Bollar), arrive. A third scheduled backup singer can’t make it, but in his place is a young gospel singer who wants to follow in Gideon’s footsteps and cross over to pop. Buddy (Ryan Armstrong) has been stalking Gideon for weeks and is thrilled to meet him and sing with him, but his thrill turns to dismay when he discovers that Gideon is gay and suffering from AIDS and he decides it is his duty as a Christian to “save” Gideon from “the lake of fiery sulfur.”

You can imagine how well that goes over.

The songs, all pop with a tinge of gospel, cover a lot of territory from dealing with the rumors about AIDS cures and treatments (“Somebody’s Friend”) to anger over the way that the medical profession responded to the crisis (the tremendous “Friendly Fire”) to the powerful and personal “Going It Alone,” a song about Gideon’s relationship with his lover Jack. They are not even in quality, but when they hit, it is outstanding, and the closing number, “When You Care,” is about as hopeful and positive a song as a musical about AIDS can have.

Pazdernik utilizes every square inch of the available space in the Atlas Arts recording studio, the found space that Refuge is using for this performance, and he gets some great work out of his cast. The bigger than life Tryshia and Vicki are wonderful. Burtley can put on more attitude than a charging rhino when her part calls for it, and Bollar simply takes over the stage from the moment she enters. If either of these two wants the focus on them, they aren’t shy about taking it, and Pazdernik gives them both ample opportunity. Armstrong has a beautiful voice and, as the antagonist of the play, does a marvelous job of portraying the confused Baptist singer. When he joins Gideon in “Going It Alone,” a song in which he portrays Jack, the moral struggle on his face and in his eyes is palpable. It’s a great performance.

As for Gideon, the tall, lanky Pearson (who also serves a musical director) is very well-cast as this embittered and frustrated man who feels the need to give up fighting a losing battle. His voice is perfect for the role and he brings wonderfully varied energy to the many different topics Schalchin’s songs cover. But he is not here just as a singer; like the others, his character projects multiple dimensions throughout the play and keeps the audience involved in what is happening to him.

This tiny space must have been difficult to light, but Colin G. Helou has it covered, and there are several moments when, but dimming the light here or adding color there, he is able to focus us exactly where focus is needed. And Isaac Mandel’s sound design is equally strong. I suppose that being in a recording studio must have made his task a bit easier, but it’s also a very small space to put on a musical and he manages to get everything right (including some nice sound effects as in “Friendly Fire”).

Pazdernik says that the play is a reminder of the losses and the fight of many, many people without whom he might not even be here. "Exactly how many lives were lost is sort of unfathomable,” he said. “Another thing that stood out was the generosity of the people who were fighting, knowing that they might not live long enough to see the fruits of their labor. They were trying to make a better world for the people who came after them. As a healthy survivor I feel an incredible debt of gratitude to them."

The Last Session takes us very immediately back to the time when that fighting was going on, but it is still contains powerful messages for today. As Pazdernik said, we must all “understand that there is still a lot we have to do: it has not been cured; it has not gone away; it's still very much a part of our community."

The Last Session is a Refuge Theatre Project presentation now playing at the 4809 N. Ravenswood, Chicago until DDec 2. Check the website for specific dates, times, and tickets. Find more information about current plays in our front page recs and at theatreinchicago.com.