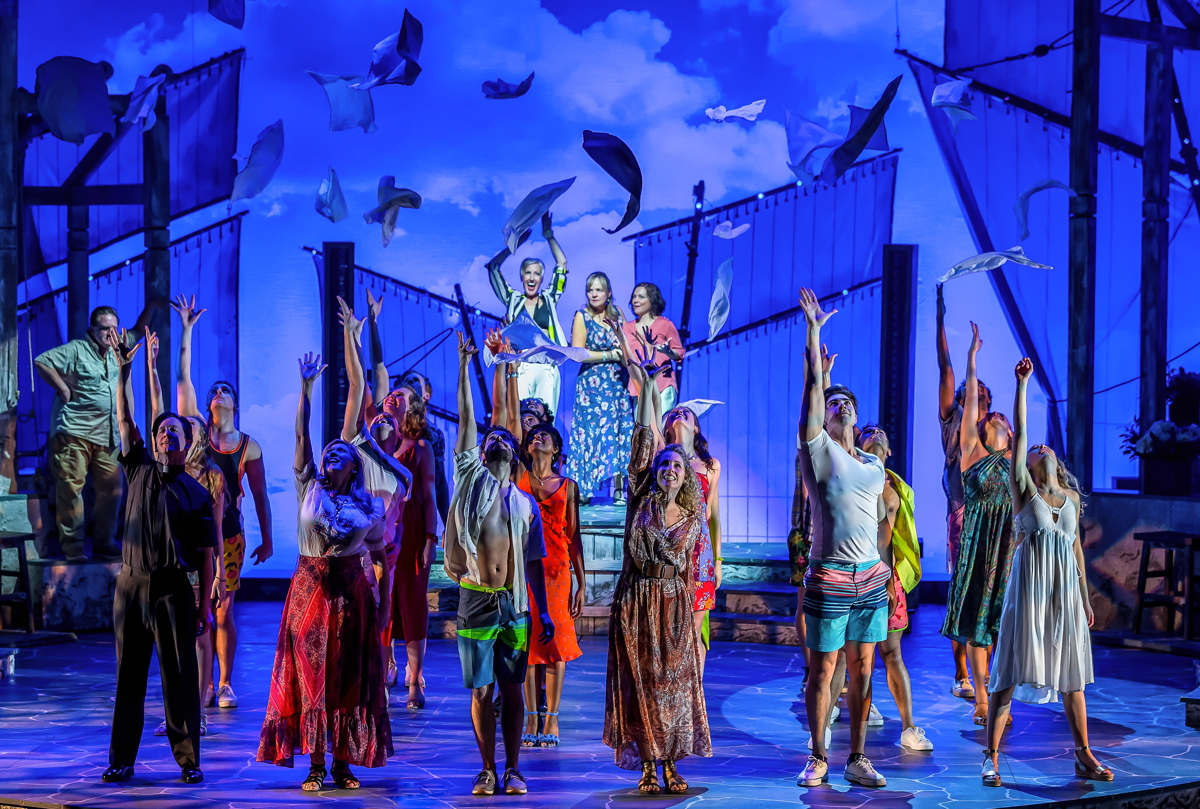 I have often been told that I have not lived as a young gay man because of my long refusal to see the Mamma Mia film. I still refuse. However, this past weekend I had the opportunity to see the original scripted, live version of Mamma Mia! At the Drury Lane Theatre. The production, although well performed, left me confused about the cult following of a film and story that, in my opinion, is under deserving.

As a script, Mamma Mia! Is both underwhelming and outdated. It perpetuates the stereotype that every woman needs a man and every child needs two parents. Both of these ideas are offensive in a generation where having a father growing up was a luxury and social conversations have begun to teach our young women that a degree is more important than a man. That being said, I am sure most people going to see Mamma Mia! Are either diehard ABBA fans or devotees to the cult of the Mamma Mia! film. You will not be disappointed if you fall into one of those categories.

The show’s lead, Donna Sheridan (Susie McMonagie), uses her alto pop voice and comedic timing to bring this dull script to life. McMonagie has chemistry with all three leading men, and her girlfriends Tanya and Rosie (McKinley Carter and Elizabeth Ledo) transport you from a cold Chicago suburb to the Greek isle that houses the musical. This show is a testimony to why age should be less of a fixation in art. The people worth watching were all above the age of forty.

I have to understand that I am not the intended audience of this musical. I have no connection to ABBA and no need to ever make one. Despite my own inherent bias, this production is both well performed and stunningly entertaining. If you need a night of easy, fun musical theater then this production is definitely for you. You will leave thoroughly entertained and a little bit more joyous than when you walked in. Good luck getting Dancing Queen out of your head though.