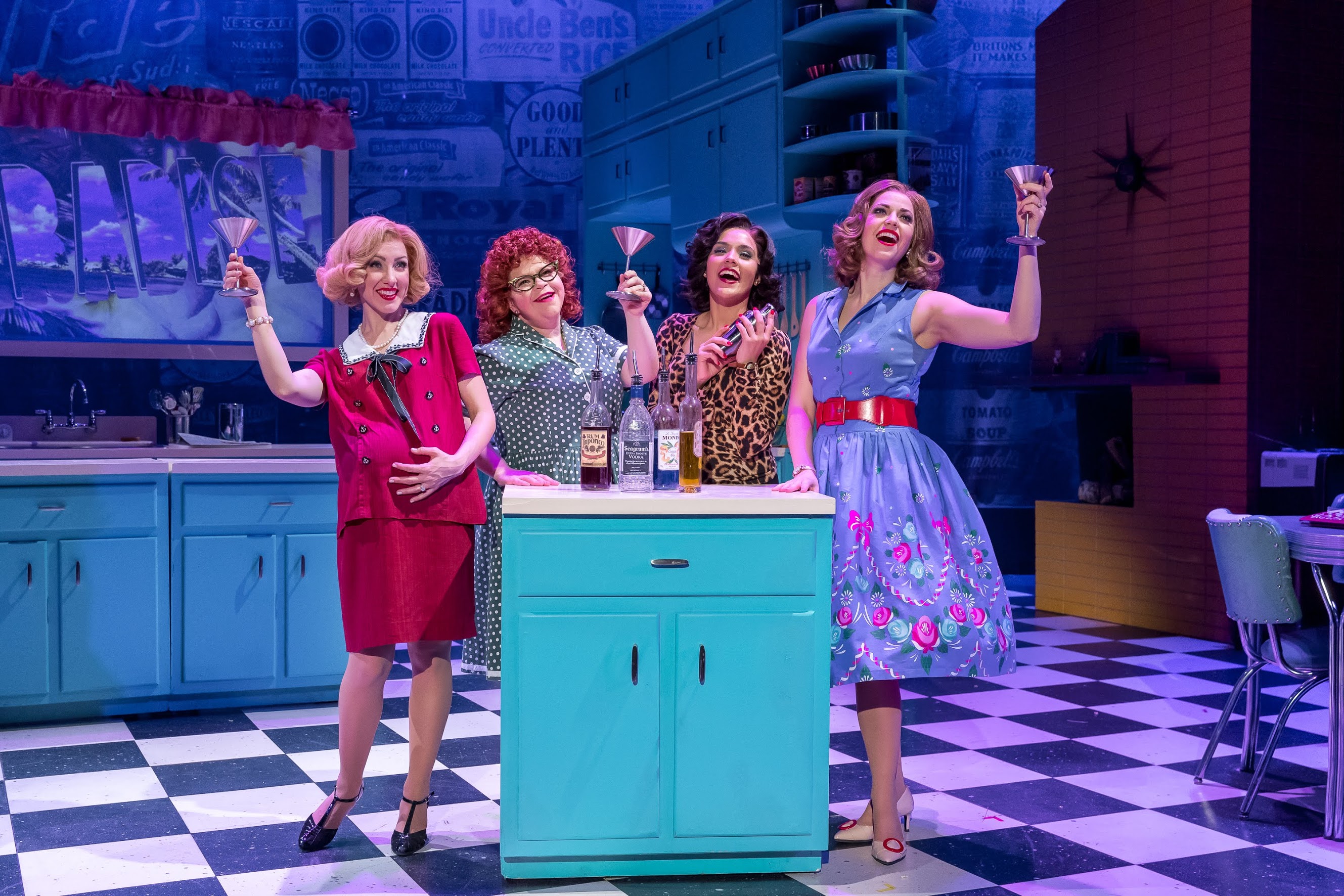 The 1940s were a time of great growth of womankind. More women went to work than ever before in order to support the war efforts of the Second World War. Then the men came home. The 1950s is a return to ‘traditional’ family roles as women were forced out of the workplace and back into the kitchen. Linework was replaced with housework; Rosie the Riveter was soon left behind for Betty Crocker. Then there were the 1960s.

The 1960s were a time of freedom and rebellion for all Americans. Traditional ways of life were questioned and changed. Women went back to work. Interracial marriage was legalized. Feminism took root. And women were allowed to be sexual beings for the first time in modern American history. Women traded in their cooking classes for night classes; Betty Crocker was traded in for Betty Friedan and Diana Ross. These ideologically conflicting decades provide the inspiration for the new musical A Taste of Things to Come, now in its Chicago premiere at the Broadway Playhouse. The first act of the show epitomizes the 1950s. It is centered around a group of three housewives and their shamefully unmarried 23-year-old friend during one of their weekly Wednesday attempts to win a Betty Crocker Cooking challenge. Very little cooking occurs. Instead, the women gossip and gaggle as they share notes on keeping a happy man (the key to his heart is his stomach), child rearing (the doctor says a cigarette keeps the pregnant woman’s stress at bay), and life. The first act is an hour of laughing at these housewives’ silly but clearly prevalent misconceptions of the world around them. But tensions rise, a fight breaks out, and this Wednesday hen club is no more. The June Cleaver stereotypes of the first act are switched out for the groovy stereotypes of the sixties in act two. Interracial marriage, women burning their bras, marijuana, GASP!  Now ten years later, the girls are getting back together for one more cooking class, this time to make up, show off, and get ahead. It also seems to be the time to reveal things to the audience that have relevance or real importance to the stories at hand.

The writing of the four women lacks depth. Instead, each woman is centered around a common ‘leading lady’ stereotype. Joan (Cortney Wolfson) wants to be a journalist, Agnes (Linedy Genao) is a dreamer, Connie (Libby Servais) is pregnant and, Dottie (Marissa Rosen) is “just a mom.” This group of actresses, however, manages to take these skin-deep descriptions and create living, breathing women that are both funny and realistically emotional.

Like the characters, the show is a mere smattering of cultural and historical stereotypes about the 1950s and 60s, providing no important social commentary on either decade. It is, however, a hilarious romp of female friendship. The four leading ladies have the chemistry and charisma to take the audience on a two-hour comedy cabaret. I say cabaret because the dialog of the show seems to only be there to give the actresses a brief vocal rest before the next song. And sometimes the script barely does that.

So where does this leave us? The script is tired and predictable. The music is nothing to text your mom about.  But the show still makes for an enjoyable evening of light-hearted, easy viewing theater because those four women sing and dance with enough high energy and ferocity to make up for the script’s shortcomings. You will not go home having learned anything about either decade (except maybe that Betty Crocker was not a real person). You will, however, enjoy the evening of perfectly timed, simple, comedic theatre.

You can catch A Taste of Things To Come at the Broadway Playhouse in Chicago through April 2019. Tickets are available at the website.