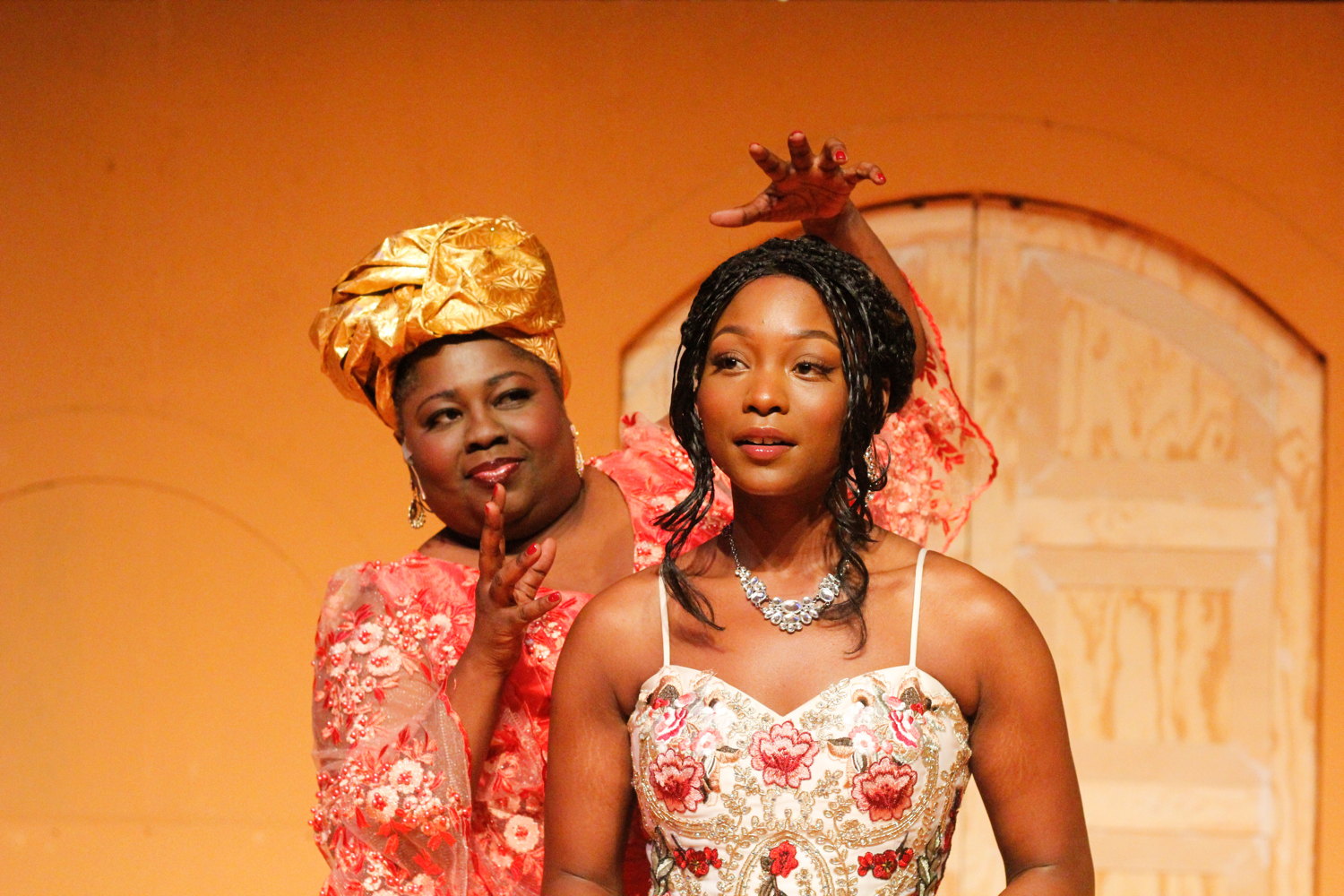 Jackie Taylor’s The Other Cinderella, an inventively reimagined rendering of the popular fairy tale, has been a regular holiday fixture in the Black Ensemble Theater lineup since its 1976 premiere. 43 years later, under Taylor’s loving direction, it’s still as entertaining as ever, and its broad messages of acceptance, love, and optimism are not only as resonant as ever, but perhaps—given the realities of today’s world—even more so.

Jayla Williams-Craig stars as the titular mistreated stepchild, forced to do all of the household work as her two stepsisters get to do nothing at all (including holding down jobs of any kind, though both are in their mid-20s). This Cinderella lives in the projects, far from the glittery palace of the King (Dwight Neal) and Queen (Chantee Joy) of the Kingdom of Other. Her stepmama (Rhonda Preston) works for the Post Office, returning home at night exhausted and ready to berate Cinderella for any tiny perceived offense. Williams-Craig, though, is a young actor of tremendous range and stellar voice, as capable of trading biting rejoinders with Preston’s stepmama as she is singing the heartbreaking ballad “Souvenirs” or joyfully dancing with the Prince (Blake Hawthorne).

Preston makes a wonderful foil here. Accompanied by her over-the-top daughters Geneva (Jasmine Bomer) and Margarite (Justis Drakes), she complains that “Cinderella doesn’t do her share” even though no one else does a thing, and seems to really feel that the girl is ungrateful for all of her “generosity.” When the King throws a ball to find a wife for his son, there is absolutely no question about whether “CindyWindy” will be allowed to go: this stepmama isn’t truly “wicked,” but she is utterly oblivious to the relative contributions of the three girls in her care.

Still, with the help of Robin DaSilva’s Jamaican Fairy Godmamma—a wonderfully enjoyable creation by the veteran actress—she does make it to the ball where, of course, she wins the Prince’s heart. Rather than play her part in any kind of showboaty way, DaSilva dominates the stage with her powerful singing voice and a few waves of her hand, making everyone conform to her version of reality in which people are judged on how they act in the world rather than on appearance or economics.

Those issues do come up in The Other Cinderella, though. In the song “Look at Me,” the King’s Attendant (Lemond Hayes) and the Queen’s Lady in Waiting (Micah Materre) sing of the problem of being judged by the relative blackness of their skin. (“Am I Black enough for you?” she asks.) Four young “brothers” from the “hood,” led by Stewart Romeo as the winner of an annual lottery who gets to be the King’s Page, celebrate their origins in rap while totally aware of the monumental differences between their lot in life and that of the royals or the folks in “the suburbs.” The Page’s buddies, played by Vincent Jordan, Michael Adkins, and Blake Reasoner, even argue that he has left them behind, that the Palace life has changed him somehow. (It hasn’t; if anything, he changes it.)

Despite the presence of an oddly wedged-in Dorothy from Kansas (Colleen Perry, who to her credit rocks the house with a blues number), this up to date adaptation works in every way. Credit Taylor, BET’s indefatigable founder and CEO (who also designed the wonderful costumes) with another triumph, one that pokes gentle fun at Black stereotypes as its outstanding performances and Robert Reddick’s rocking four-piece band keep us thoroughly entertained. Whether this will be your first or 40th time seeing it, The Other Cinderella is worth chasing down.

The Other Cinderella is now playing at the Black Ensemble Theater, 4450 N. Clark, Chicago, IL, until Jan 19. The show runs 2 hours with one intermission. Check the website for specific dates, times, and tickets. Find more information about current plays in our front page recs and attheatreinchicago.com.