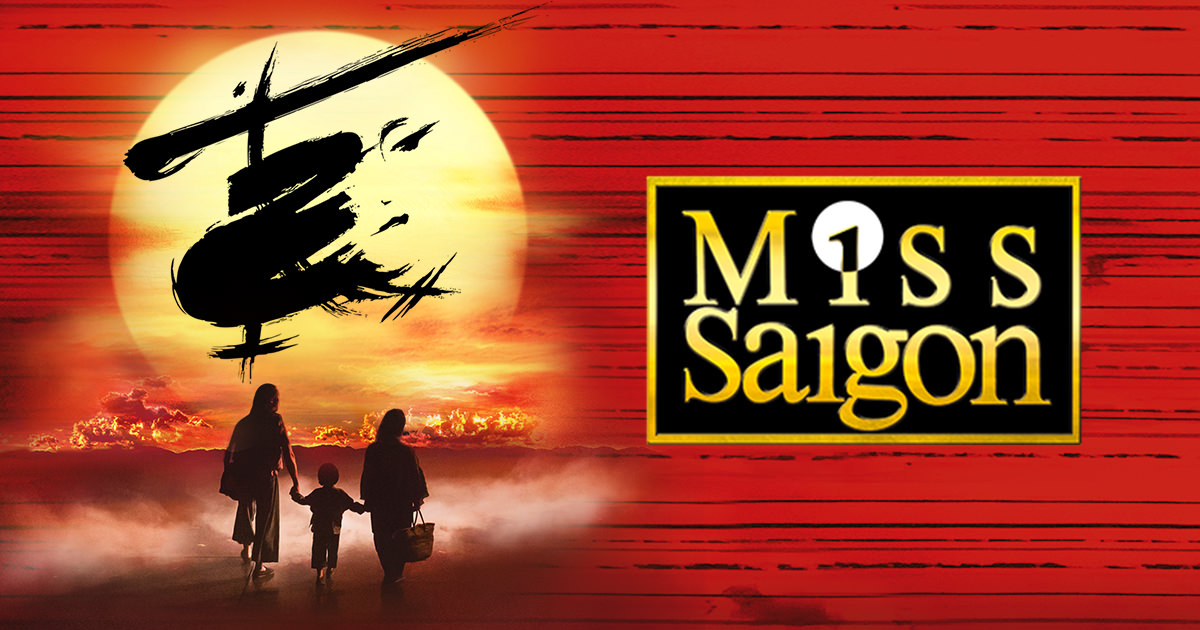 I’ve been thinking a lot about Miss Saigon ever since seeing the new revival in New York City earlier this month. I’d like to take a moment here to speak  about the controversies inherent in any staging of this play:

When it first opened, there were all sorts of issues with “yellowface” casting (Jonathan Pryce as The Engineer) and a number of other problems (like Alain Boublil and Claude-Michel Schönberg’s inclusion of a song that was essentially nonsense lines instead of taking the time to find real Vietnamese lyrics) that resulted in a lot of critics disliking the show for more than merely its bombastic stage presence. At the core of these arguments was the “Madame Butterfly” story itself: young American “saves” Asian (read: “Oriental”) girl in need from a culture that is clearly inferior. I have read many similar discussions about the revival, which casts dozens of Asian actors and for which the authors (belatedly) wrote real lyrics to that song. Despite these improvements, the articles (including arguments from Vietnamese viewers who feel that the show patronizes them) state that you can’t help what the show is about at its center: placing “The American Dream” as the highest standard and making fun of “a race that thinks only of rice and hates entrepreneurs.” I totally understand that emotionally. However, I disagree with it intellectually.

From my first viewing, I have found Miss Saigon to be at least as harsh toward America as it is toward Viet Nam. The corruption present in Saigon is as much a result of the American presence as anything else, a notion made clear in the opening number when it is the American GIs who seem to be funding the underworld of the city. We (America) then abruptly abandon the city, leaving thousands behind who will—we know—be badly treated by those now in charge. Where is our alleged moral superiority in any of that?

As to the people: The Engineer is a loathsome creature, but not because he is Vietnamese. He is loathsome because he wants to be American, and his version of what America is all about represents the worst possible vision of this country one can imagine: he dreams of a place “pre-packed, ready-to-wear…fat, like a chocolate eclair as you suck out the cream,” a celebration of excess where a man like him can be a complete success. And even Chris, the GI who is the “savior”/protagonist, comes off as less than honorable. In Saigon, he was a man who knew how “to pull some strings,” knowing that such men “could live like a king just as long as you don’t believe anything.” Honorable? Doesn’t sound like it to me. Though he fell in love with Kim in Saigon, wanting to marry her so much so that “he went crazy” when he lost her, it didn’t exactly take long for him to pull things together. Two years more and we find him happily married to someone else. When confronted with his past, he doesn’t confess to the love; he merely says, “Christ, I’m an American: how can I help but do good?” It’s a testimony in micro and macrocosm to the mess Americans made of that war: we believed so much in our desire to “do good” that we failed to think of what that word even meant.

Even the best of America is tainted here. John’s campaign to help the “Bui Doi,” the “dust of life” half-breeds who live in poverty, outcasts in their country because of their American parentage, serves also to underscore the fact that so many American soldiers abandoned women and children in that war. John comes across as a saint; America, not so much.

As to Kim: I don’t know what Puccini had in mind for her character in the opera, but what I see in her here, especially compared to her American GI, is strength. She has the strength to go on as a refugee from her totalitarian government for years, to stand up to (and even kill) her overbearing ex-fiancé Thuy, and basically protect her son Tam at any cost. She perceives a country gone sour and believes in a much better version of The American Dream than that of The Engineer; why would she not want Tam to experience it? Why would she not want him to live with his father? Sometimes it is weakness that leads a person to kill herself; here it is internal strength: a sacrifice for others. You can argue about whether it is right, but not about whether it is admirable. She loves her son so much that she sacrifices herself for him: a terrible, tragic ending especially because we know that the “American dream” is every bit as messed up as Kim’s world was in Asia.