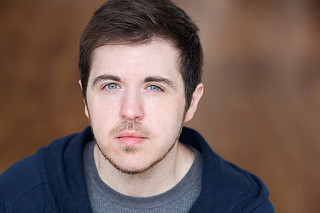 CHICAGO – Full casting has been announced for Pride Films and Plays’ production of SOUTHERN COMFORT. The musical will open to the press on March 4, 2019 in the Broadway theater of the Pride Arts Center and play through March 31.

In SOUTHERN COMFORT, Robert, a transgender man living in rural Georgia among his chosen family of mostly transgender friends, has one final wish after receiving life-altering news. He wishes to make it to the annual Southern Comfort Transgender Conference he has attended with his friends for years, so he can dance at the ball with his newly-discovered love, Lola. While Robert attempts to live his life as fully as possible surrounded by those he loves, his friends struggle to process what will inevitably come. This heartwarming musical with a lush folk/bluegrass score is based on the award-winning 2001 Sundance Film Festival documentary of the same title.

SOUTHERN COMFORT has book and lyrics by Dan Collins and music by Julianne Wick Davis, the writing team responsible for TREVOR: THE MUSICAL, which was warmly received in its world premiere production at Writers Theatre in summer 2017.  In reviewing SOUTHERN COMFORT’s premiere at The Public Theater in New York City in February of 2016, THE NEW YORK TIMES praised it as  “a sweetheart of a musical, . . .  (with) a spirited, tuneful country score and colorful characters that draw us close to the emotional ups and downs of Robert’s family.”

The musical will be directed by JD Caudill, whose previous directorial credits in Chicago include FACE THE DAY at The New Colony and GOLDSTAR for Broken Nose Theatre’s BECHDEL FEST 6 at Steppenwolf. They are also the literary manager of Broken Nose Theatre, where they assistant directed AT THE TABLE, and a company member of Hell in a Handbag Productions.” Jeff Award-winner Robert Ollis, a Pride Films and Plays Artistic Associate, will be music director.